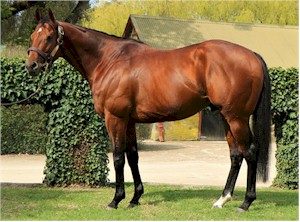 Sir Prancealot raced 6 times at 2 in a four month period of time, winning 3 races in England, including a G2 in his final start and placing second in a G2 and fourth in a G1 in France.  He was injured and subsequently retired to Tally Ho Stud in Ireland the next year.

He was an immediate sensation with his first two-year-olds of 2016 leading all European stallions, including the great Frankel, with 32 individual winners led by G3 winner Madam Dancealot. These first crop winners included 3 future multiple G2 winners: Beau Recall, Madam Dancealot and Sir Dancealot.  Based on his first crop, he was soon serving double duty by shuttling to service mares in Australia at Cornerstone Stud in 2017, where his first Southern Hemisphere foals will be yearlings, as well as two-year-olds, of 2020.

This is all interesting, but the legend had not yet begun.  Sir Dancealot raced on in England, winning two Grade 2 races in both 2018 and 2019.  Beau Recall and Madam Dancealot were both sold and exported to the United States by Slam Dunk Racing.

Madam Dancealot was the first to start in the United States when she finished an inauspicious 13 of 14 in the 2016 Breeders Cup Juvenile Filly Turf (G1) at Santa Anita.  Beau Recall won 1 of 2 starts in Ireland at 2 earning about $10,557.

The following year, Beau Recall won her first start in stateside in an allowance race at Santa Anita and in the next 3 races ran second each time to the undefeated Sircat Sally, beaten only a neck in the G2 Honeymoon Stakes.  Madam Dancealot placed 2nd in a small stakes at Santa Anita in her first 4 starts at 3.

At 4 in 2018, Beau Recall won only 2 races: the Grade 2 Royal Heroine S. (VIDEO) at Santa Anita in her 2nd start and the Blushing KD Stakes at the Fair Grounds in her last start of the year when first transferred to the barn of Brad Cox.  Madam Dancealot made only four starts winning the Santa Ana (G2) (VIDEO) in her second start and then finishing 2nd, again beaten a nose, in the Gamely S. (G1) (VIDEO) in her final start in May.  Madam Dancealot, having finished her career with 2 G2 wins and 4 G1 placings, was subsequently sold to Japanese powerhouse breeder Shadai Farm for $400,000 in November.

Additionally in 2018, two-year-old Lady Prancealot was imported to the United States after winning 1 race in 5 starts in England earning approximately $12,497.  She ran second in both of the California preps for the Breeders Cup Juvenile Filly Turf (G1) before finishing last in the G1 itself and finished the year with 1 win.

At 5 in 2019, Beau Recall started the year out simply enough with a win and a second in small stakes at the Fair Grounds.  In her third start, she shipped to Churchill Downs for Derby Day and came from ninth at the ¼ pole to run down Got Stormy in the Churchill Distaff Turf Mile (G2) (VIDEO), then shipped to Belmont Park to run 2nd to Rushing Fall in the Just a Game (G1) (VIDEO), before returning to Del Mar to win the Yellow Ribbon (G2) (VIDEO).   She finished the season with a slow pace induced runner-up finish in the Rodeo Drive (G1) (VIDEO) in her final start. She has 3 G2 wins and 3 G1 placings to date.

At 3 in 2019, Lady Prancealot won an allowance race at Santa Anita in her first start, followed that with a third and a second in G3 stakes before breaking through with a win in the Honeymoon Stakes (G3) (VIDEO) at Santa Anita.  Repeating the pattern of the two imported fillies before her listed above, things improved when the racing switched to Del Mar in the summer and she placed in the Del Mar Oaks (G1) (VIDEO) in her next start.  After a subpar performance over a wet turf course at Belmont in the Jockey Club Oaks, she traveled to Keeneland where she made a breathtaking run to win the Valley View Stakes (G3) (VIDEO) after being severely bumped at the start.

In her final start of 2019, she was entered in and was the favorite for the American Oaks (G1), a race like the Del Mar Oaks in which both Beau Recall and Madam Dancealot had both raced valiantly without victory.  Indeed between Beau Recall, Madam Dancealot and Lady Prancealot, they had previously placed 8 times in Grade 1 races without winning, including 3 losses by a nose.  During the race Lady Prancealot was positioned in what seemed like a box with fillies surrounding her on all sides from the start to when they entered the stretch and it seemed like it would soon be 9 placings without a win.  Suddenly Jersey Joe Bravo found a small opening and Lady Prancealot called on her inner Ayra Stark and shouted “NOT TODAY!”   (VIDEO) 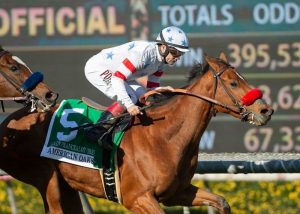 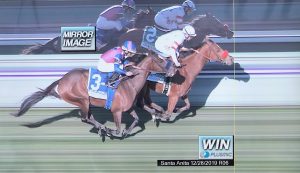 In early July 2019 just as Del Mar was ready to start racing, the late Clay Murdock of Rancho San Miguel and Adrian Gonzalez of Checkmate Thoroughbreds were negotiating with Cornerstone Stud in Australia to reverse shuttle Sir Prancealot to Rancho San Miguel in San Miguel, California. It was announced on July 23 that he would be coming to California to stand where his offspring have thrived at the racetrack in 2020.  His top class progeny almost immediately supported him with quite a run over the next 5 months worldwide:

For the first 14 starters in the United States, all of which were bred in Ireland and imported here, there are 1 Grade 1 winner, 2 Grade 2 winners, 1 Listed Stakes winner and 2 other stakes placed horses which equals 21% Graded SWrs, 29% SWrs and 43% stakes horses with average earnings per starter over $188,000 and earnings per start over $19,500.  That is legendary stuff.  A breakdown of all Sir Prancealot U.S. Starters as of December 31, 2019 is HERE.

2020 will not only be the start of Sir Prancealot’s standing at stud in California, but will also be the start of his first crop of two-year-olds racing in Australia when they first hit the track in the fall.  Interestingly enough, there will also be the first California-bred two-year-old because Madam Dancealot’s half-sister was purchased in Kentucky in foal to him in 2017.  Both Lady Prancealot and Beau Recall are also expected to run.